Freelance journalist, wife and mother-of-two Jo, 39, Newcastle, has lived with clinical depression and anxiety for most of her life. Two years ago she was diagnosed with bipolar disorder after battling with symptoms of the mental illness for more than a decade. 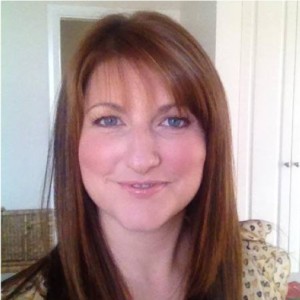 Jo’s family life and career have been profoundly affected by bipolar disorder. However, since seeking professional help, Jo has learned how to proactively manage her illness through medication, counselling and a healthy lifestyle.

Jo is participating in the Australian Genetics of Bipolar Disorder Study to help raise awareness of, and assist researchers to identify the genes responsible for bipolar disorder, to ultimately improve treatments for the illness.

This is Jo’s story.

Jo was diagnosed with bipolar disorder at age 37 after exhibiting symptoms for more than 10 years.

Having struggled with clinical depression and anxiety for most of her life, Jo recognised her symptoms were changing and growing more pronounced in her late twenties.

“I was experiencing longer phases of depression, which were much worse than anything I had experienced before. I also began noticing that I was racing through life at 100 miles an hour at certain times.

“I thought nothing of this at first, but rather, attributed these symptoms to my flaring depression and anxiety,” said Jo.

“Eventually my mum convinced me to see a psychiatrist, who then diagnosed me with bipolar disorder,” Jo said.

Jo says bipolar disorder has negatively impacted on both her personal and professional life.

“My husband, who has lived with me for more than 13 years, could never understand the reasons for my behaviour. We’ve been on the brink of divorce on multiple occasions,” said Jo.

“I work as a freelancer and there have also been times when my career has been affected by my illness.

“There are some weeks when I’m very energetic, and tend to add too much to my workload, and other weeks when I just want to throw the towel in,” Jo said.

“I also tend to beat myself up a lot, convincing myself that I’m not good enough.”

Since seeking professional help, Jo has learned how to manage her bipolar disorder, and is starting to understand what triggers her episodes.

“Since being diagnosed with bipolar disorder, I’ve seen a psychiatrist regularly. I’ve also recently started visiting a psychologist who specialises in the illness.

“I’m much more in touch with my triggers these days. Alcohol is a big trigger for my mania, and I avoid it at all costs.”

Jo is encouraging others who have been treated for bipolar disorder to volunteer for the Australian Genetics of Bipolar Disorder Study – a ground-breaking, international collaboration exploring the genetic risk factors associated with the illness, and how genes influence one’s response to treatment.

“This study aims to identify the genes that predispose people to bipolar disorder, which could ultimately lead to new, more effective treatments for the illness,” Jo said.

Jo has a final word of advice for those struggling with mental health issues.

“Anyone who is struggling with their mental health should reach out for help.

“Don’t ignore your symptoms by convincing yourself that you’re just having a bad day. With appropriate treatment, everything is more manageable,” said Jo.