HR business partner, wife, fitness enthusiast and cat owners Bek, 46, Newcastle, has battled clinical depression and anxiety for most of her life. She was diagnosed with bipolar disorder at age 25. 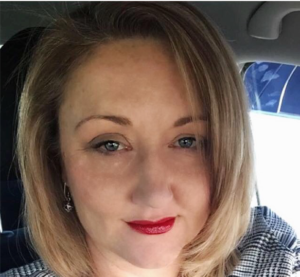 Although Bek’s world has been turned upside down by bipolardisorder, with invaluable help from her psychiatrist and supportive husband, a medication management plan, and healthy lifestyle, Bek effectively manages her symptoms.

She is participating in the Australian Genetics of Bipolar Disorder Study –  a ground-breaking international collaboration exploring the genetic risk factors associated with the illness, and how genes influence one’s response to treatment – to raise awareness of, and assist researchers to improve, treatment for the illness.

Bek was diagnosed with clinical depression at 18 years of age, and with bipolar disorder at age 25. Despite seeking professional help for her illness throughout her teens, Bek nonetheless worked hard to “disguise” her symptoms from others.

“I was raised in the country. I remember on one occasion, my Mum took me to the doctor due to her mounting concern that something was wrong with me. The doctor however, promptly dismissed Mum’s fears. It wasn’t until after I moved to Sydney that I sought further professional help,” said Bek.

Bek has no known family history of bipolar disorder, although she is familiar with its genetic link. She is unsure of what triggered her bipolar disorder, citing “we moved from one town to the next every 18 months when I was young, which was very stressful.”

Bipolar disorder has also taken a heavy toll on Bek’s relationships with her family, friends and employers alike.

“My husband is a wonderful man, and we’ve been married for 18 years. However, my illness has affected my marriage. I used to drink to numb my bipolar disorder, but all that did was make my mania worse. My husband nearly left me. So I chose to stop drinking altogether.

“I’ve also lost many friends to the illness because it can be hard to be around someone living with mania. Putting up with me when I’m manic isn’t nice. In fact, I never want to be manic again,” Bek said.

“In addition, I’ve lost jobs due to my mania and depression, from my employers’ general lack of understanding of both illnesses. Employers aren’t particularly understanding of someone living with bipolar disorder.”

Bek describes living with bipolar disorder as “tiresome, scarring and ugly”, citing ‘I manage my illness very strictly, which can be exhausting.

“I take my medication regularly and see my psychiatrist every three months regardless of how I’m feeling. I also have a good relationship with my pharmacist. In addition, I use a wellness plan to help monitor my moods,” said Bek.

“Many people mistakenly believe the illness only afflicts those whose lives are a train wreck.

“To the contrary, my life is good. I have a happy marriage, a solid career and no debt. My life is not a disaster. I live successfully with bipolar disorder,” Bek said.

Bek encourages Australian adults who have been treated for bipolar disorder to volunteer for the Australian Genetics of Bipolar Disorder Study – a ground-breaking international collaboration exploring the genetic risk factors associated with the illness and how genes influence one’s response to treatment. QIMR Berghofer Medical Research Institute is leading the Australian arm of the research and Bek genuinely hopes her contribution will allow experts to unravel some important answers to help combat bipolar disorder.

“It would be wonderful to learn more about the causes of bipolar disorder and how to prevent, and better treat the illness.”

Bek has a final word of advice for those struggling with bipolar disorder.

“There’s a lot of help available to those living with bipolar disorder. I’ve been able to successfully manage my bipolar disorder by seeking professional help and following a tailored wellness plan.”