Australian researchers are seeking 5,000 adults who have been treated for bipolar disorder to volunteer for the world’s largest genetic investigation into the chronic illness that can prove devastating1.

The ground-breaking Australian Genetics of Bipolar Disorder Study aims to identify the genes that predispose people to bipolar disorder, and how they respond to medication, in order to develop more effective, personalised treatments, and ultimately, find a cure for the illness1. 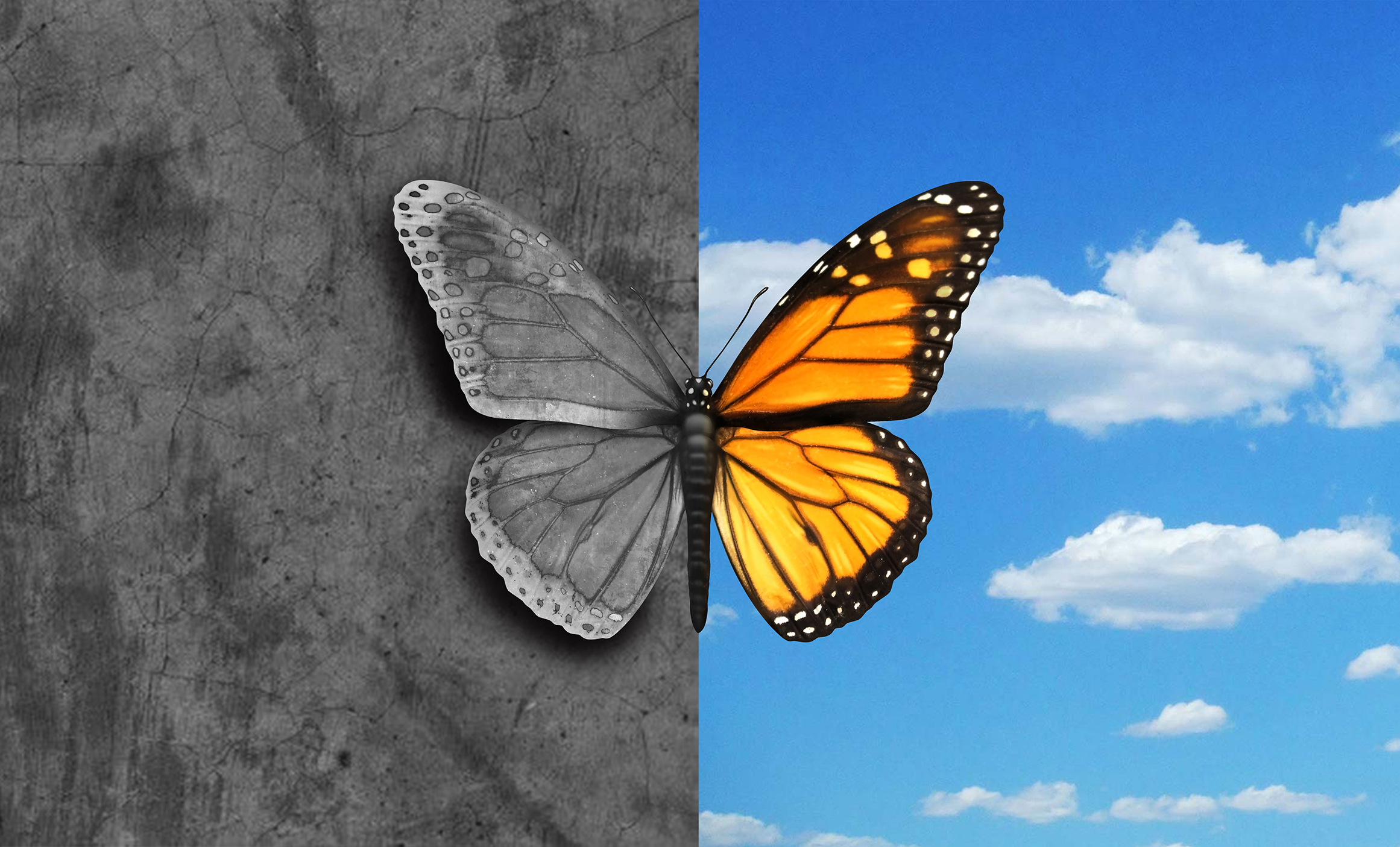 The researchers’ appeal for volunteers coincides with an article published in MJA Insight today citing a sizeable proportion of those living with bipolar disorder do not respond well to Lithium (lithium carbonate) – the mainstay treatment for mania discovered by Australian psychiatrist John Cade more than 60 years ago. The article argues the urgent need to better predict patient response to Lithium, and to find alternative treatments for non-responders.

The Federal Health Minister, mental health champions and everyday Australians are joining the researchers’ appeal for volunteers today, to help contribute 10 per cent of the overall (international) study population1.

Approximately one in 50 Australians (1.8 per cent) will experience bipolar disorder during their lifetime2. The complex disorder, which occurs commonly in families, typically results from a combination of genetic and environmental influences2. Those living with bipolar disorder may be at higher risk of developing other health issues, including alcohol and drug abuse, anxiety, cardiovascular disease, diabetes and obesity2. They also carry a 15 times greater risk of suicide than the general population, accounting for up to 25 per cent of all suicides2.

According to Professor Nick Martin, Australian study co-Investigator and Head of the Genetic Epidemiology Research Group, QIMR Berghofer Medical Research Institute, Brisbane, researchers are seeking 5,000 male and female Australian volunteers aged 18 and older, who have ever been treated for bipolar disorder.

“The human genome contains around 20,000 genes3. We just need a large enough study, performed in the right way, to identify which of those genes are increasing the risk of bipolar disorder.

“Our study should improve our understanding of the biology of bipolar disorder and open the door to new treatments tailored to a person’s genetic make-up, to maximise effectiveness and minimise side-effects,” said Prof Martin.

The Hon. Greg Hunt MP explains why he is supporting the researchers in their appeal for Australian bipolar disorder study volunteers.

“For me, bipolar disorder is deeply personal. My mother lived with bipolar disorder, and the very last time I saw her, she was in institutional care with severe ramifications from the illness.

“This experience significantly shaped my focus on, and commitment to mental health, particularly with regard to bipolar disorder,” Mr Hunt said.

“Australia is helping to lead the world in researching and treating bipolar disorder. The experience and hard data that researchers can glean from being able to interview, and investigate those who have experienced bipolar disorder, will help to both save and protect lives. I genuinely hope, and believe, this important study will help to transform thousands of lives over the coming decades.”

According to Prof Ian Hickie, AM, study co-Investigator, author of the MJA Insight article, and Co-Director for Health and Policy at Brain and Mind Centre, University of Sydney, “Participation in the study is free and simple – volunteers complete a 20-minute online survey, and those who qualify will be asked to donate a saliva sample1.

“Identification of the genes that predispose people to bipolar disorder will revolutionise future research into the causes, treatment and prevention of the illness1”.

Study researchers will analyse DNA from saliva samples to identify specific genes associated with bipolar disorder1. The knowledge will be used to improve current, and develop new treatments for bipolar disorder1.

To volunteer for the Australian Genetics of Bipolar Disorder Study, head to www.geneticsofbipolar.org.au, email gbp@qimrberghofer.edu.au or call 1800 257 179.

Bipolar disorder is a chronic mental health condition, which results in strong changes in mood and energy levels2. People with bipolar disorder (which used to be called “manic depression”) can have depressive, and manic or hypomanic episodes, that can last a week or more, affecting their thoughts and behaviour2. The illness requires long-term management, and can severely affect an individual’s ability to function in their daily life3.

Bipolar disorder is the ninth leading contributor to the burden of disease and injury in Australia among females aged 15-24 years, and the 10th leading contributor for males of the same age4. Australian research has shown that from the average age of symptom onset (17.5 years), there is a delay of approximately 12.5 years before a diagnosis of bipolar disorder is made5.

Former NRL player, mental health advocate and founder of the Mental Health Movement, Dan Hunt, 31, Sydney was diagnosed with bipolar disorder II in 2010 following a childhood history of domestic violence, and the “devastating” rupture of his Achilles tendon that saw him sidelined from this much-loved St George Illawarra Dragons, which went on to clinch the Premiership that year. Post-surgery, Dan was treated with a string of pain-killing medications which, for the ensuing six to eight months, he abused to mask both the physical and emotional pain he had been battling since childhood.

“When I was struggling with my mental health, I often felt alone. I had no understanding of mental illness, and was scared to ask for help, because I thought it was a sign of weakness. I don’t want others to experience what I went through. I want to empower people with knowledge and acceptance of how to ask for help,” Dan said.

Dan is an Ambassador for the Australian Genetics of Bipolar Disorder Study and genuinely hopes his contribution will allow experts to unravel more answers to help treat the illness.

“This study is really important because it will help to provide a scientific case and credibility to the illness. It will also work to determine the genetic causes of bipolar disorder in order to improve our understanding of the illness, and treatment, which is excellent”.

Study participation is strictly confidential. After completing the online survey, participants may be asked to donate a saliva sample, from which researchers can extract their DNA to identify specific genes associated with bipolar disorder1. QIMR Berghofer researchers will send a saliva collection kit together with a pre-paid return envelope to selected participants1. QIMR Berghofer will biobank DNA from saliva samples for immediate and future genetic analysis under strict confidentiality, in accordance with the Commonwealth Privacy and National Health and Medical Research Council (NHMRC) Guidelines1.

Participating in this study will make a genuine contribution to solving bipolar disorder2.

QIMR Berghofer is a world-leading translational research institute specialising in mental health, cancer, infectious diseases, and a range of chronic disorders.8 Working in close collaboration with clinicians and other research institutes, QIMR Berghofer aims to improve health by developing new diagnostics, better treatments and prevention strategies. To learn more, head to www.qimrberghofer.edu.au1. QIMR Berghofer recognises the National Health and Medical Research Council (NHMRC) for its involvement in coordinating this study1.

VISION: VNR available via satellite feed @ 9.15am AEST MON, NOVEMBER 12, 2018 from 7 Network SYDNEY – please record & ask Ch 7 in your capital city to on-pass, if an affiliate